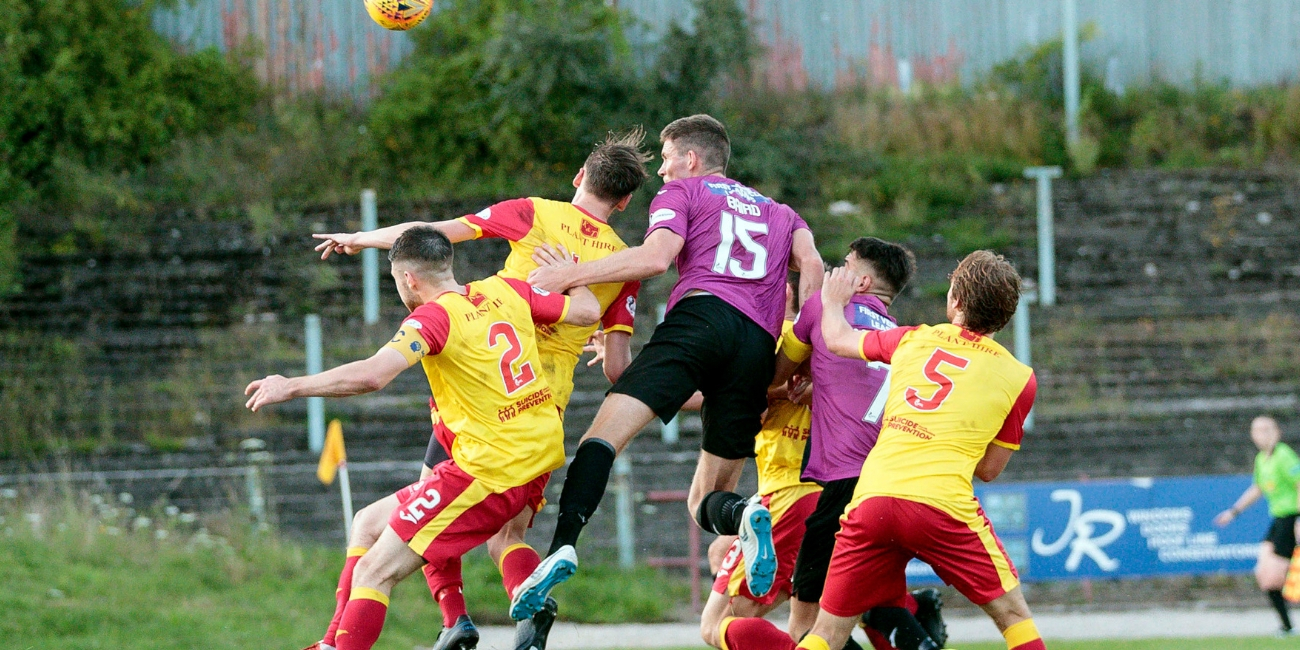 St Mirren's Betfred Cup campaign came to an end after a goalless draw away to Albion Rovers.

Saints had to win and hope results elsewhere would go our way to have any chance of qualifying for the next round, but couldn't find the breakthrough during a stuffy 90 minutes against the League Two side.

Jim Goodwin was forced into one change from the side that drew 0-0 with East Kilbride on Saturday. Stephen McGinn, who picked up a knock during that draw, was replaced by Cody Cooke.

Already depleted, Saints were dealt an early blow when Cammy MacPherson had to be replaced on seven minutes after picking up a shoulder injury. On came 18 year-old Nick McAllister who almost nabbed himself a debut goal just four minutes after taking the field. He floated in at the back post to get his head on the end of an Oan Djorkaeff cross but nodded over.

The Buddies could have found themselves ahead on the half-hour mark with Jack Baird and Kyle Magennis going close. A corner in fell kindly to Baird who cracked a low effort into the post. The Albion defence couldn't get the ball away which allowed Magennis to nod over goalkeeper Chris Smith. Just as it looked set to creep over the line a Rovers defender was there to clear.

Saints continued to press for an opener and again went close twice in quick succession on 38 minutes. Albion keeper Smith made a terrific fingertip stop to turn a powerful Cody Cooke attempt by the post. The ball fell to Djorkaeff on the edge of the box after Magennis had a shot blocked from a corner. The Frenchman wasn't far away with his attempt, curling just wide of the keeper's left-hand post.

The hosts went close with five minutes to go before the interval when Ross Clarke sent an effort just over the bar from the edge of the Saints box.

Danny Mullen should have given Saints the breakthrough on 45 minutes when Ryan Flynn sent the forward one-on-one with Smith but the goalkeeper made a good block to keep it level at half-time.

Magennis, captain for the evening in the absence of Stephen McGinn, went mightily close to breaking the deadlock five minutes into the second half. The midfielder met a Tony Andreu header around 25 yards from goal and crashed a volley agonisingly past the post with the keeper beaten.

And it was a volley that could have had the home side ahead with just over 20 minutes to go. A ball was floated across the Saints box where it met Roberts in acres of space. The Rovers number seven caught the ball sweetly but smashed his attempt off the bar.

St Mirren Youth Academy graduate Cammy Breadner was brought on with just over 10 minutes to go and looked to have made an impact when his super ball into the box was turned home by Danny Mullen with just six minutes remaining. However, the lineswoman raised her offside flag to keep it 0-0.

There were further late chances for Mullen and Magennis who both almost snatched a late winner for the visitors, but, for the second match in a row, St Mirren were taken to penalties. Bryan Wharton and Smart Osadolor missed for the hosts while Paul McGinn, Andreu, Flynn and Magennis netted for Saints giving us the bonus point as we ended our Betfred Cup campaign on six points.