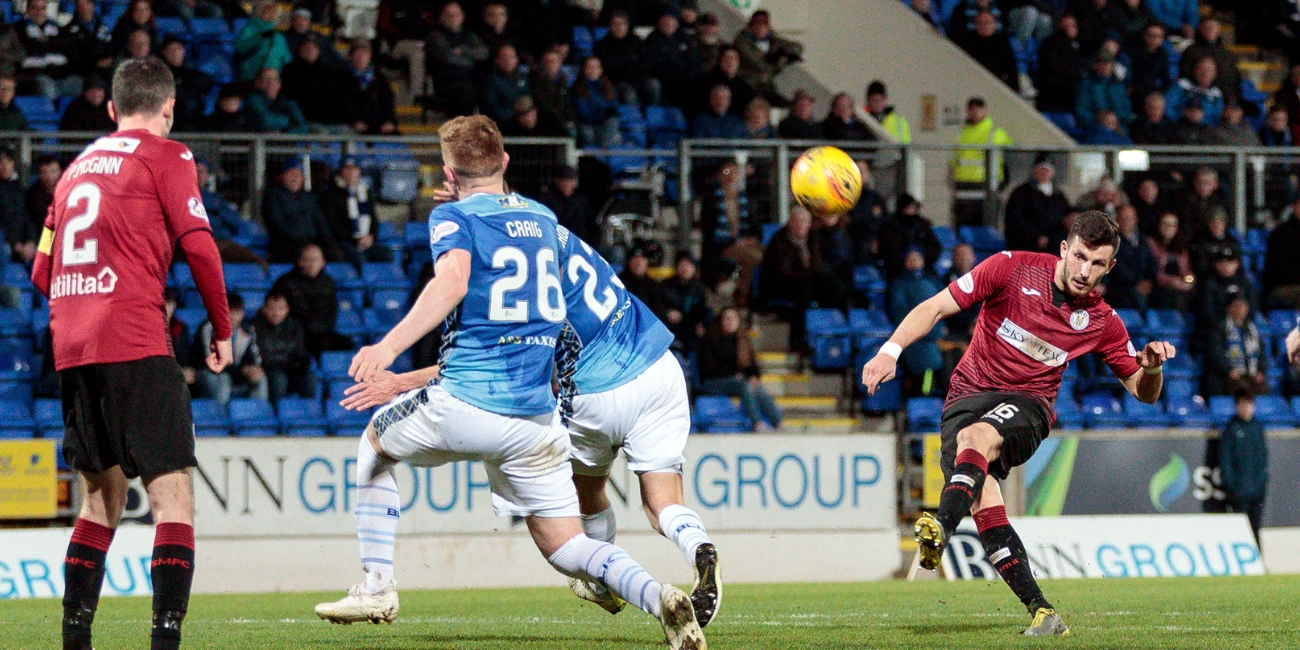 It was a night of frustration for St Mirren as we fell to a narrow 1-0 loss away to St Johnstone.

The Buddies missed an early penalty and gave away a soft first-half goal before being reduced to 10 men as the home side took all three points.

The visitors started brightly though goalkeeper Vaclav Hladky was forced into an early terrific save to push over Chris Kane's volley from the edge of the box.

Jason Kerr nudged Brad Lyons as the Northern Irishman burst into the box. Simeon Jackson was the man to take but his attempted chip didn't have enough on it and was blocked by the legs of returning St Johnstone goalkeeper Zander Clark.

St Mirren's frustration with the missed penalty would only grow as St Johnstone took the lead five minutes later. The Buddies were the architects of their own downfall with Mateo Muzek attempted header back to Hladky too short allowing Chris Kane to nip in and slot past the goalkeeper.

It seemed to knock the stuffing out of the visitors until late in the first half where twice half chances were created. Cammy MacPherson picked out Simeon Jackson in the box with a nice ball in, but the striker was quickly crowded out by the St Johnstone defence.

Then, just before half-time, Jackson had a curling effort deflected into the arms of Clark in what was a fairly routine save for the St Johnstone goalkeeper.

The travelling Saints fans were making incredible noise as they tried to rally the team at the start of the second half and Oran Kearney's men were having the better of the match after the interval.

With an hour on the clock Kyle McAllister saw an shot from the edge of the area take a nick off a St Johnstone defender and fly past the right hand post. From the resultant corner Paul McGinn headed wide.

St Johnstone had a big chance to kill the game with 15 minutes to go when a terrific through ball from Ross Callachan found Murray Davidson in acres of space inside the box. But the midfielder's touch was too heavy and cleared by the Buddies for a corner. Cammy MacPherson was in the right place at the right time as he managed to clear the ball off the line after Liam Craig's corner was knocked goalward.

The Buddies broke forward and had a penalty appeal turned down when Simeon Jackson went down under the challenge of Joe Shaughnessy. Referee Steven McLean said no and Saints had to settle for a corner. Substitute Anders Dreyer sent the ball in and it was pinball inside the box before Nazon managed to find Mihai Popescu on the edge of the area. But the Romanian defender was leaning back as he smashed over.

With only a few minutes remaining, St Mirren were reduced to 10 men when Ethan Erhahon was given his marching order for a late tackle. It compounded what was a frustrating night of the Paisley Saints who face 11th place Dundee on Saturday at the Simple Digital Arena.