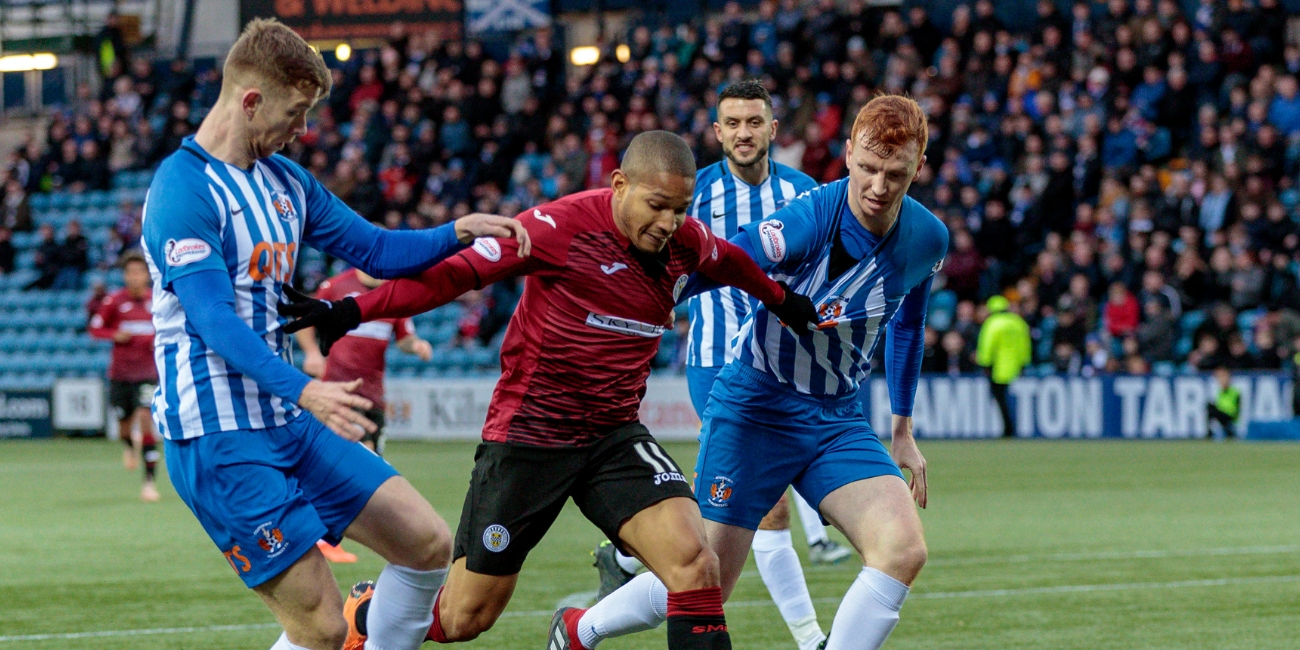 St Mirren were edged out by Kilmarnock in the final game of 2018 as the Ayrshire side won 2-1 at Rugby Park.

Two quick goals from Stuart Findlay and Jordan Jones had Killie in control, but Simeon Jackson pulled one back for Saints. But the Buddies couldn't find an equaliser

It was a disastrous start for Saints with the home side opening the scoring with just four minutes on the clock. Stuart Findlay got away from his marker to get on the end of a Chris Burke corner and head beyond Dean Lyness.

Kilmarnock doubled their lead on 11 minutes when Greg Stewart danced through the Saints defence and teed the ball off to Jordan Jones who swept home from close range.

Killie kept on the offensive with Greg Taylor having a shot blocked and Stewart, causing the Buddies problems down the left side, teeing up Eamonn Brophy who fired over inside the opening 20 minutes.

But Saints managed to weather the storm and even pulled a goal back on 22 minutes. Adam Hammill's ball into the box from the right was met by Simeon Jackson who guided his header into the bottom corner.

St Mirren finished the half strongly and had a big chance to level just after the half hour mark after Cammy Smith robbed Findlay of the ball inside the Kilmarnock box. The forward laid the ball across the box into the path of Hammill who smashed over the bar.

Very little was created by either side in the second half. Stephen O'Donnell smashed an effort off a Saints defender on 56 minutes, while Lee Hodson had a powerful effort drive blocked on the edge of the Kilmarnock box.

Greg Stewart had the best chance of the second 45 when he drove through on goal but his effort was straight at Lyness.

Oran Kearney made a change with just over five minutes remaining when Sam Jamieson came on for Cammy Smith. But the Buddies couldn't fashion any chances in the remainder of the game to take a point back to Paisley.