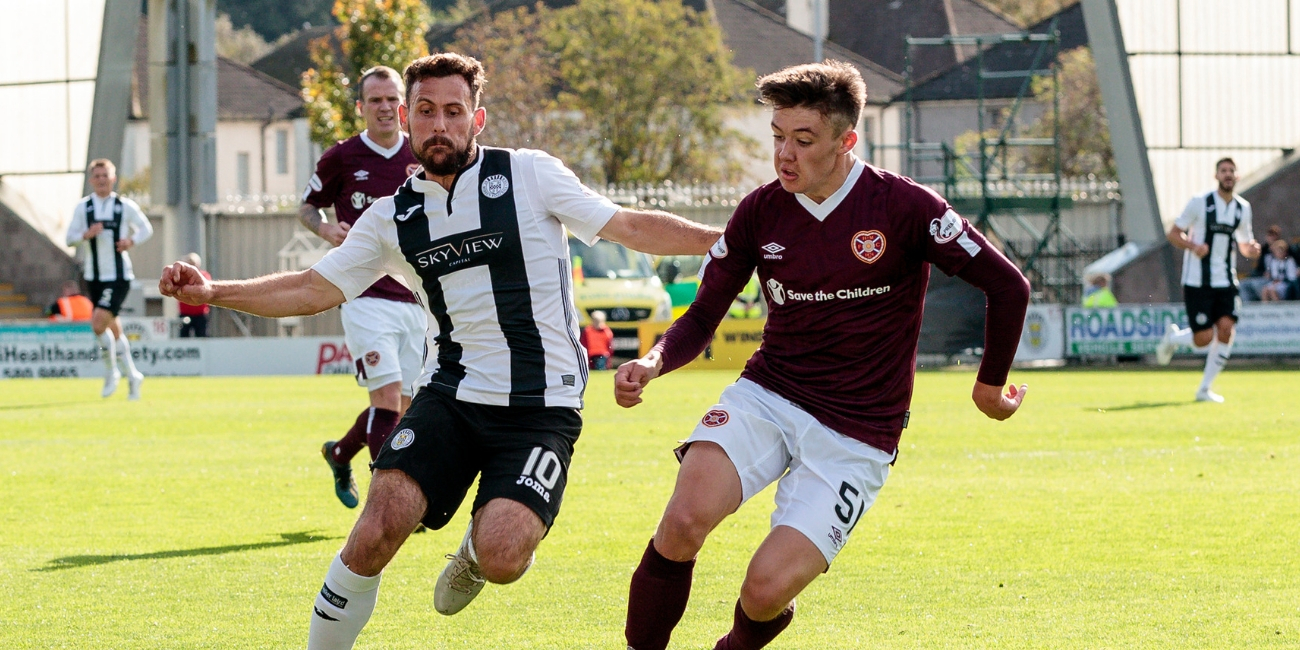 St Mirren are off to Scotland's capital tomorrow afternoon as Jim Goodwin's side face managerless Hearts at Tynecastle.

The Buddies, who weren't in action at the weekend due to a fixture clash with the Betfred Cup semi-final, lost 2-0 to Celtic at Celtic Park last Wednesday. That result, coupled with a 1-0 defeat away to St Johnstone for Hearts, a loss that saw them part company with Craig Levein as manager, and a 2-2 draw for Hibernian against Livingston, saw Saints finish the evening in 12th place.

Jim Goodwin's side have yet to take a point on the road this season, but have only lost two of those six away games by more than one goal.

The Jambos sit level on points with Saints, but are one place above due to goal difference. They have failed to win in their last six and have won just once in the league this season - a 2-1 victory at Easter Road in the Edinburgh derby back in September.

Austin McPhee is in temporary charge of the Edinburgh side following the Levein's departure but he couldn't help Hearts book a place in the Betfred Cup final last Sunday as they lost 3-0 to Rangers at Hampden.

A win for either side tomorrow could see them move up to eighth in the league depending on results elsewhere.

St Mirren have already taken on Hearts this season. The two were unable to be separated in a 0-0 draw at the Simple Digital Arena in the Ladbrokes Premiership at the end of September.

The Buddies last visit to Tynecastle was in February of this year with Saints coming from behind to pick up a point in a 1-1 draw.

St Mirren's last win against Hearts was in November 2018 as a double from Adam Hammill gave the Buddies a 2-0 win at the Simple Digital Arena. While our last win at Tynecastle came back in October 2013 with John McGinn and Paul McGowan on the scoresheet as Saints won 2-0.

Hearts last win over Saints came in the first meeting of the two at Tynecastle last season. Steven Naismith scored a hat-trick in a 4-1 win for the hosts in August 2018.

Cody Cooke played 60 minutes for the reserves on Tuesday afternoon and could make the squad for the first time since July.

However, the match will come too soon for Kyle McAllister. The manager does, however, expect the winger to be available for the upcoming Ross County match.

Craig Halkett remains out for the hosts having come off injured the last time the Jambos faced Saints. Ben Garuccio, John Souttar, Jake Mulraney and Connor Washington are also out.

Steven Naismith made his Hearts return as a substitute in Sunday's loss to Rangers.

"We've not had a good enough points return from the opening round of games and we've got to try and improve on that in the second round of games. That's starts this Saturday at Tynecastle.

"The league is extremely tight and I think it is going to remain that way right till the end. I think that sixth place in the top half will be up for grabs and I think it's going to be very exciting for a number of us.

"We have to start picking up points on the road. Our away form has been poor and we'll look to do something about that this weekend.

"It's always a great away day. It's always a good atmosphere, the pitch is always in good condition and our boys will certainly look forward to it."