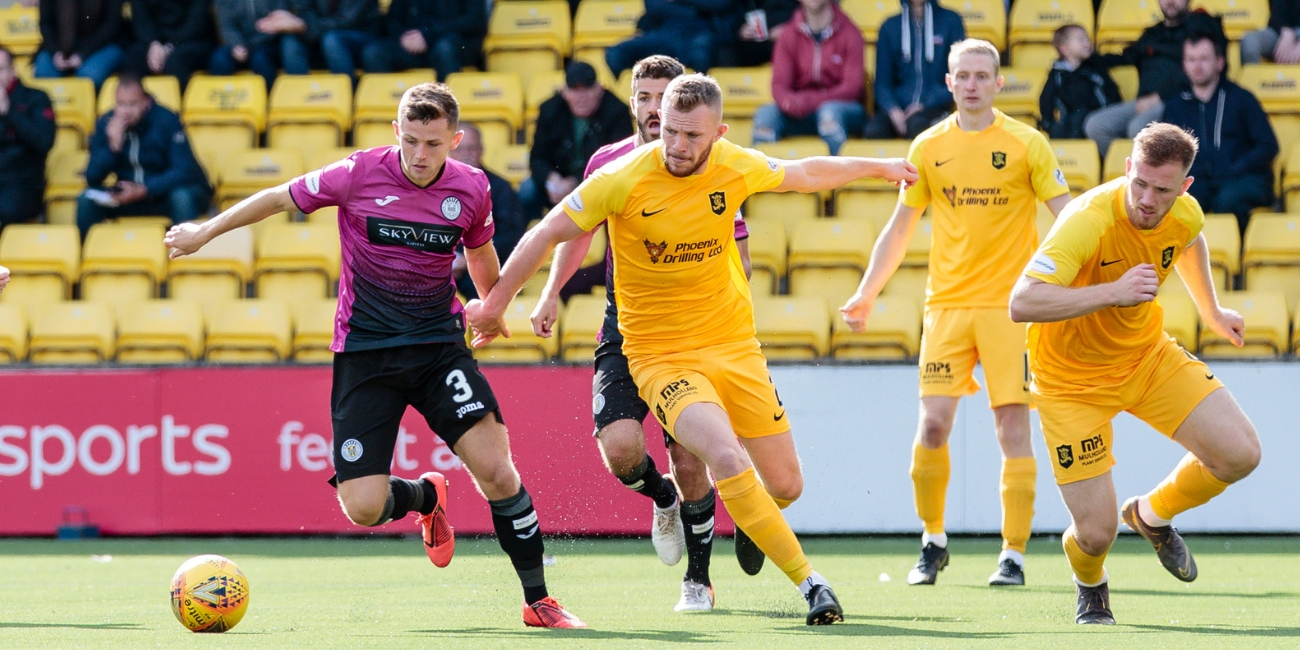 St Mirren are back following the international break as Jim Goodwin's side make the trip up to Dingwall to face Ross County in the Ladbrokes Premiership.

The Buddies go into tomorrow's match on the back of a narrow 2-1 defeat away to Livingston before the break.

Kyle Magennis pulled a goal back with a terrific strike from the edge of the area, but it wasn't enough to grab a share of the spoils after Alan Lithgow and Lyndon Dykes had the home side 2-0 ahead.

Saints have yet to win on the road this season with our last win away from Paisley coming at the end of last season when we defeated Dundee 3-2 at Dens Park.

The Buddies currently sit in 10th place in the Ladbrokes Premiership with three points from our opening four matches.

Newly promoted County are in 8th in the league - a point above Saints, having won one and drawn one of their first four.

A 3-0 win over Hamilton at the Global Energy Stadium on the opening day was followed up by a 0-0 draw at Tynecastle against Hearts.

But, like Saints, the Highland side have lost their last two in the league with a 4-1 defeat at home to Livingston followed up by a 3-0 loss away to Aberdeen, while they lost 3-2 to Partick Thistle in the Betfred Cup.

This will be the first time the two sides have met in over four years since Saints defeated County 2-1 in Dingwall in May 2015.

Martin Woods put Ross County in front that afternoon, but Stevie Mallan has the Buddies level less than 10 minutes later. Steven Thompson scored a 91st minute penalty to give St Mirren the win.

The previous visit in January 2015 saw the Buddies also win 2-1 despite Yoann Arquin being sent off for Saints in the first-half.

Ross County's last win over Saints was sandwiched between those clashes when Liam Boyce's hat-trick gave the Staggies a 3-0 win in Paisley in April 2015.

Only Cody Cooke remains sidelined due to a long-term injury with everyone else available for selection.

"The incentive is that if we win the game we can jump above Ross County and maybe one or two others as well.

"I know Ross County well from last year having played against them with Alloa in the Championship. It's a very similar squad to that.

"They really went for it last year in terms of the quality of players that they brought in. They were building a team for the Premiership and it's no surprise to me that they've stuck with squad that they built last year.

"They are a group that's been together for a while now so they all know the ins and outs and they all know what the managers are asking of them.

"The two managers up there are doing a fantastic job."