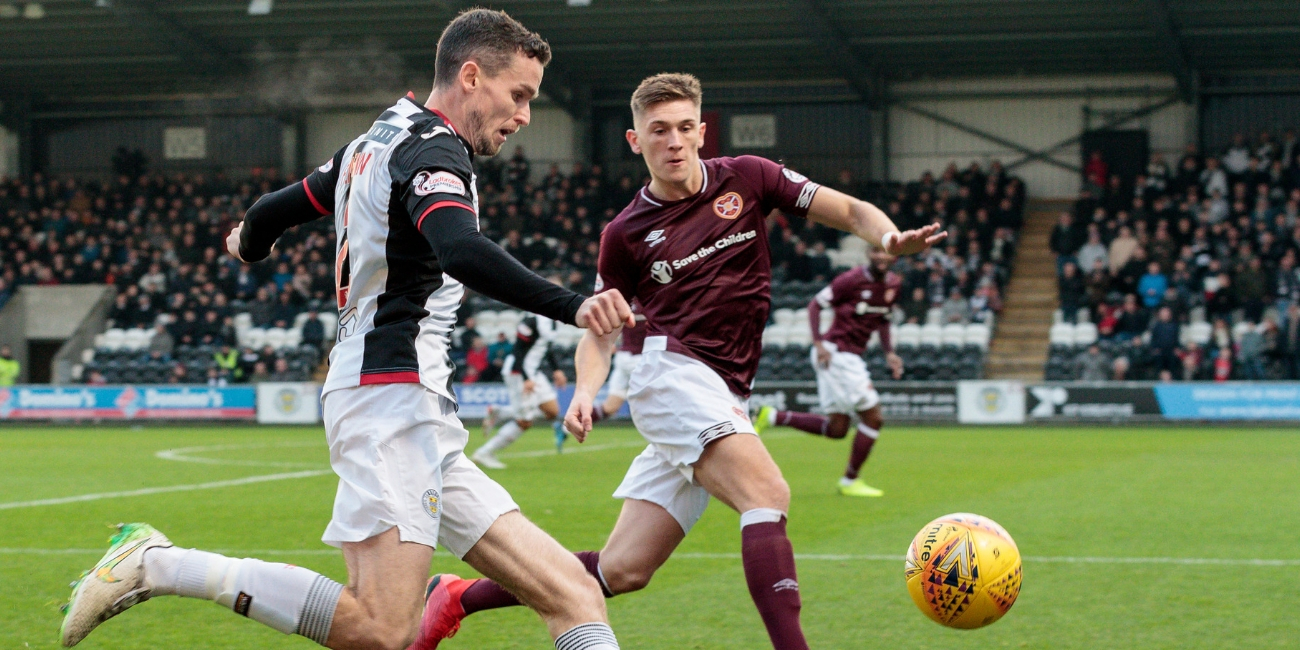 St Mirren make the trip to Scotland's capital tomorrow as we face Hearts at Tynecastle in the Ladbrokes Premiership.

The Buddies ended a six game losing run in the league last weekend with a 2-2 draw away to Aberdeen.

Saints took the lead twice thanks to goals from Duckens Nazon and Kyle McAllister, but were pegged back twice with Lewis Ferguson and Sam Cosgrove netting for the Dons.

It was a spirited showing at Pittodrie though and one which would have given manager Oran Kearney confidence heading into the final 12 games of the season.

Craig Levein's Hearts side suffered a last-gasp defeat on Sunday when they took on Motherwell at Fir Park. Jake Hastie had given the home side a first half lead, but Hearts levelled before the break through Steven Naismith.

With the game poised to end 1-1, Jambos goalkeeper Colin Doyle spilled a David Turnbull free kick into his own net deep into stoppage time to give Motherwell all the points.

Hearts were unbeaten in their previous four matches before that - beating St Johnstone and Kilmarnock in the league, drawing with Livingston and defeating Auchinleck Talbot in the William Hill Scottish Cup.

Their last defeat previous to the weekend loss at Fir Park was at Tynecastle in the first Premiership game after the winter break as they were beaten 2-1 by Dundee.

The first saw the Buddies travel to Tynecastle on matchday four of the Ladbrokes Premiership season.

Despite a Jimmy Dunne own goal getting Saints level after Steven Naismith had given Hearts an early lead, the Jambos ran out comfortable winners with Naismith grabbing a first half hat-trick.

Oran Kearney's picked up his first win as St Mirren boss when Saints welcomed the Jambos to Paisley in November. A second half double from Adam Hammill gave the Buddies a well-deserved 2-0 win at the Simple Digital Arena.

St Mirren's last win at Tynecastle was in October 2013 when goals from John McGinn and Paul McGowan gave the Buddies a 2-0 victory.

Saints will be aiming for three points to try to cut the gap at the bottom of the Ladbrokes Premiership. The Buddies currently sit in 12th - five points behind Dundee and Hamilton.

Dundee host Hibernian tonight, while Hamilton are at home to Rangers on Sunday. If results go St Mirren's way the gap at the bottom could be cut to just two points.

Hearts seem set to secure another top six finish - sitting seven points clear of seventh placed Motherwell. A win could see the Jambos go level on points with fourth place Kilmarnock depending on their result away to Livingston.

St Mirren manager Oran Kearney confirmed to the press that captain Stephen McGinn and Anton Ferdinand have been running this week but will be monitored before any decision is made on whether they will come into the team.

Peter Haring looks set to return for Hearts after being sidelined following a hernia operation. Craig Wighton could also return for the Jambos, but Michael Smith and Demetri Mitchell are out.