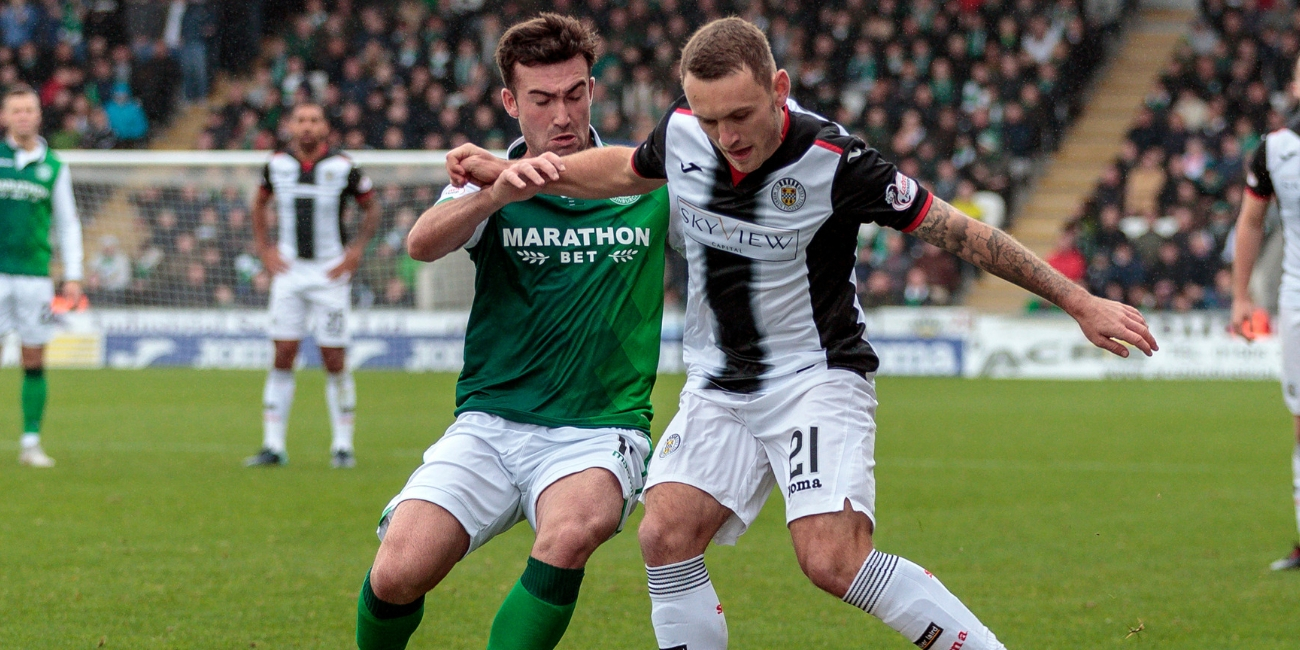 St Mirren travel to Easter Road tonight to face Hibernian for the second time this season.

It's been a mixed bag for Saints over the last three games with one win, one draw and one defeat.

After a fine 2-0 win over Hibernian's Edinburgh rivals Hearts a little over a week ago, Saints were beaten 3-1 at home against Hamilton on Saturday.

Those two results came after a 1-1 draw away to bottom side Dundee at Dens Park before the international break.

St Mirren had a chance to overtake Hamilton Accies in 10th place on Saturday with a win, but Martin Canning's side came away with the points thanks to goals from Dougie Imrie, Ziggy Gordon and James Keatings. Stephen McGinn scored for the Buddies just before half-time, but it wasn't enough to help Saints take anything from the game.

Hibernian, meanwhile, come into tonight's match looking for their first win since the start of October.

Since a 6-0 win over Hamilton at Easter Road at the beginning on October, Neil Lennon's side have failed to win in six matches.

This is St Mirren's first trip to Easter Road since that all important day on May 6th 2017. A 1-1 draw saw the Buddies complete a remarkable escape from relegation to League One.

After sitting nine points adrift at the bottom of the Championship in January, Saints' point at Easter Road that afternoon in May was enough to round off an incredible recovery. Less than a year later the Buddies would be promoted to the Premiership.

The Buddies have already faced Hibernian this season - hosting the Hibees at the Simple Digital Arena in September.

David Gray's 14th minute header gave the Edinburgh side the points in a 1-0 win.

Saints' last win over Hibs came in March 2017 when a Stelios Demetriou double gave the Buddies an all important 2-0 win in Paisley.

St Mirren are looking for a first away win of the season.

Saints will be hoping for three points on a night when bottom side Dundee host Hamilton at Dens Park.

A win for Hibernian could propel Neil Lennon's side back into the top six depending on results for Aberdeen and Livingston.

Long-term absentee Gary MacKenzie remains out, while the manager told press yesterday that Cody Cooke suffered a knock at the weekend.

Simeon Jackson is suspended following his red card against Hamilton.