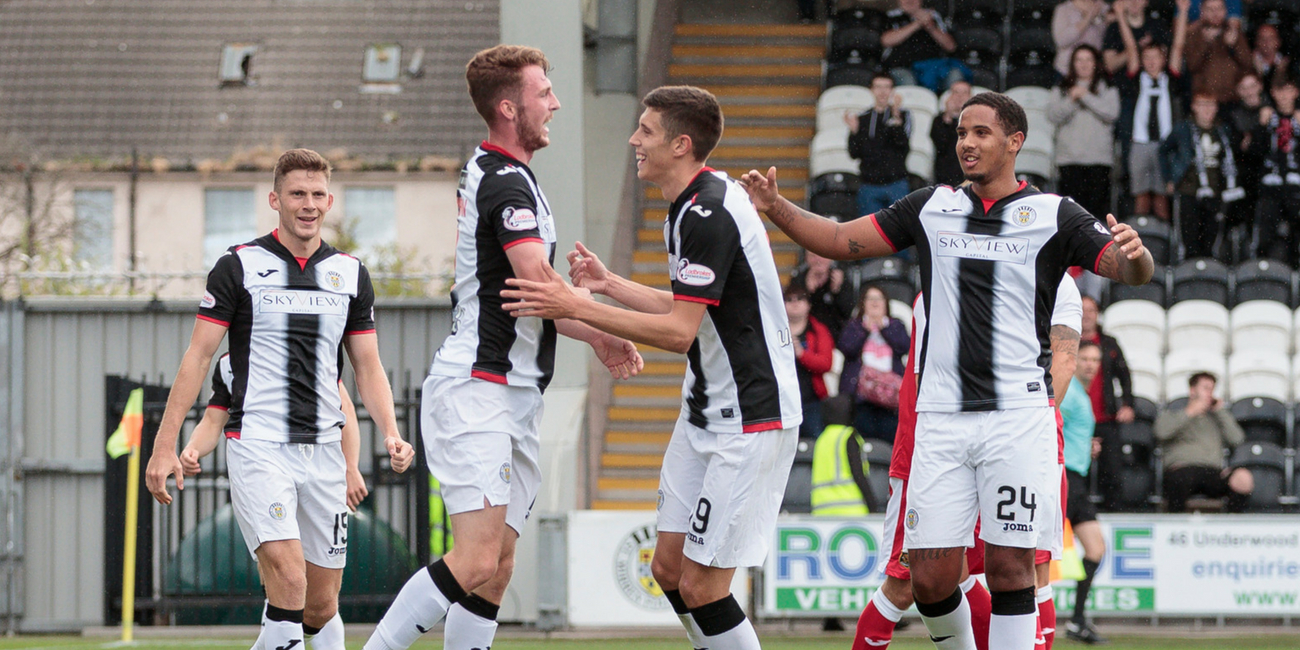 The Buddies host Dundee at the Simple Digital Arena this afternoon with Alan Stubbs taking charge of his first Premiership match as Saints manager.

St Mirren are unbeaten so far this season having won one and drawn three in the Betfred Cup stages.

Saints' campaign began with a 0-0 draw at Rugby Park on Friday 13th July. The Buddies impressed but couldn't find the breakthrough goal to gain all three points. A bonus point was earned after a penalty shoot-out victory.

Next up was a home match against Lowland League side The Spartans. Saints were stunned as the Edinburgh side scored either side of half-time to take a shock 2-0 lead. But substitutes Stephen McGinn and Danny Mullen got St Mirren level. The game went to penalties with Saints picking up a bonus point again.

Alan Stubbs got his first win as St Mirren manager last Saturday as Saints emphatically defeated Dumbarton 6-0. Cammy Smith scored a double, while Hayden Coulson grabbed his first goal for the Buddies. Ross Stewart, Stephen McGinn and Jim Kellermann rounded off the victory that was enough to see Saints qualify from Group H and set up a last 16 tie against Aberdeen.

Dundee also qualified for the next round of the Betfred Cup after three wins and a loss in Group D. The Dark Blues defeated Stirling Albion 4-0, Peterhead 2-0 and Brechin City 2-0 to gain nine points. Neil McCann's side finished second in the group after a 1-0 loss to Dunfermline allowed the Championship side to go through as group winners.

This is the first meeting of two in competitive action since Saints defeated Dundee at Dens Park in the Scottish Cup in January 2017. Rooted at the bottom of the Championship, the Buddies stunned Dundee with goals from John Sutton and Jack Baird giving us a well deserved 2-0 win.

The last Premiership meeting came back in January 2015 at the Simple Digital Arena. Kenny McLean put Saints in front, but second half goals from Gary Irvine and Iain Davidson saw the Dark Blues pick up all three points.

Saints will still be without Gary MacKenzie, Adam Eckersley and Jordan Kirkpatrick due to injury, but other than that Alan Stubbs has a full squad to pick from.

It'll be a big occasion for The Buddies being back in the top league for the first time since 2015 and raising the Championship flag. There will be the hope of getting the season off to a flyer with all three points, but Dundee will have their own ideas and it'll be a tough test for both sides at a busy Simple Digital Arena.

It's set to be a fun-filled day at the Simple Digital Arena as we raise the Championship flag before kick-off. Check out all the goings on here.