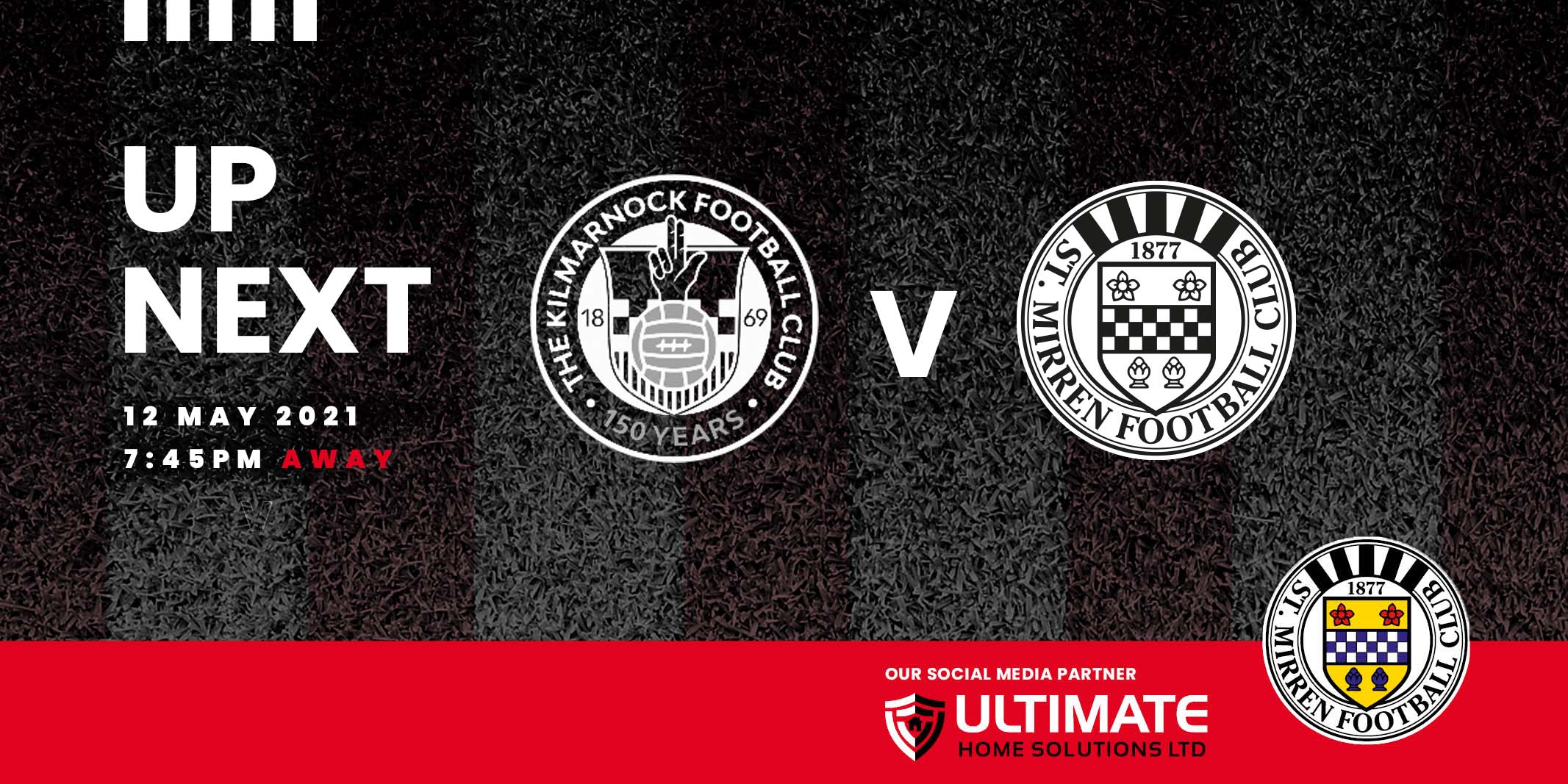 Up next: Kilmarnock v St Mirren (12th May)

St Mirren's final away match of the 2020/21 season takes place on Wednesday night as Jim Goodwin's side travel to Kilmarnock in the Scottish Premiership.

Saints are looking to put the disappointment of defeat in the Scottish Cup behind them and keep up the chase for a seventh place finish which would represent the highest the Buddies have finished in the current league setup.

Currently sitting in eighth place, a win for Saints on Wednesday could push them back up to seventh depending on Motherwell's result away to Dundee United.

Kilmarnock are still mired in the relegation battle with Tommy Wright's men currently sitting in the relegation play-off spot with two matches remaining. A win for the Ayrshire side on Tuesday would go some way towards avoiding automatic relegation, while defeat would set up a tense final day encounter away to Hamilton.

UK based supporters can watch Wednesday night's match live on PPV for £12.50.

This is the fifth and final meeting between the two sides this season.

It was only two weeks ago that the Buddies faced Kilmarnock at Rugby Park in the Scottish Cup with Jim Goodwin's men coming out on top on penalties after a 3-3 draw in 120 minutes of action.

Saints are unbeaten against Killie in the three meetings in 2021. As well as the aforementioned Scottish Cup tie, Saints won 2-0 at the SMiSA Stadium in February and picked up a point in a 1-1 draw at Rugby Park in January.

Killie were the winners in the first match of the season between the two - winning 1-0 at the SMiSA Stadium in September.

The referee is David Munro and he's assisted by Graeme Stewart and Daniel McFarlane. Chris Graham is the fourth official.