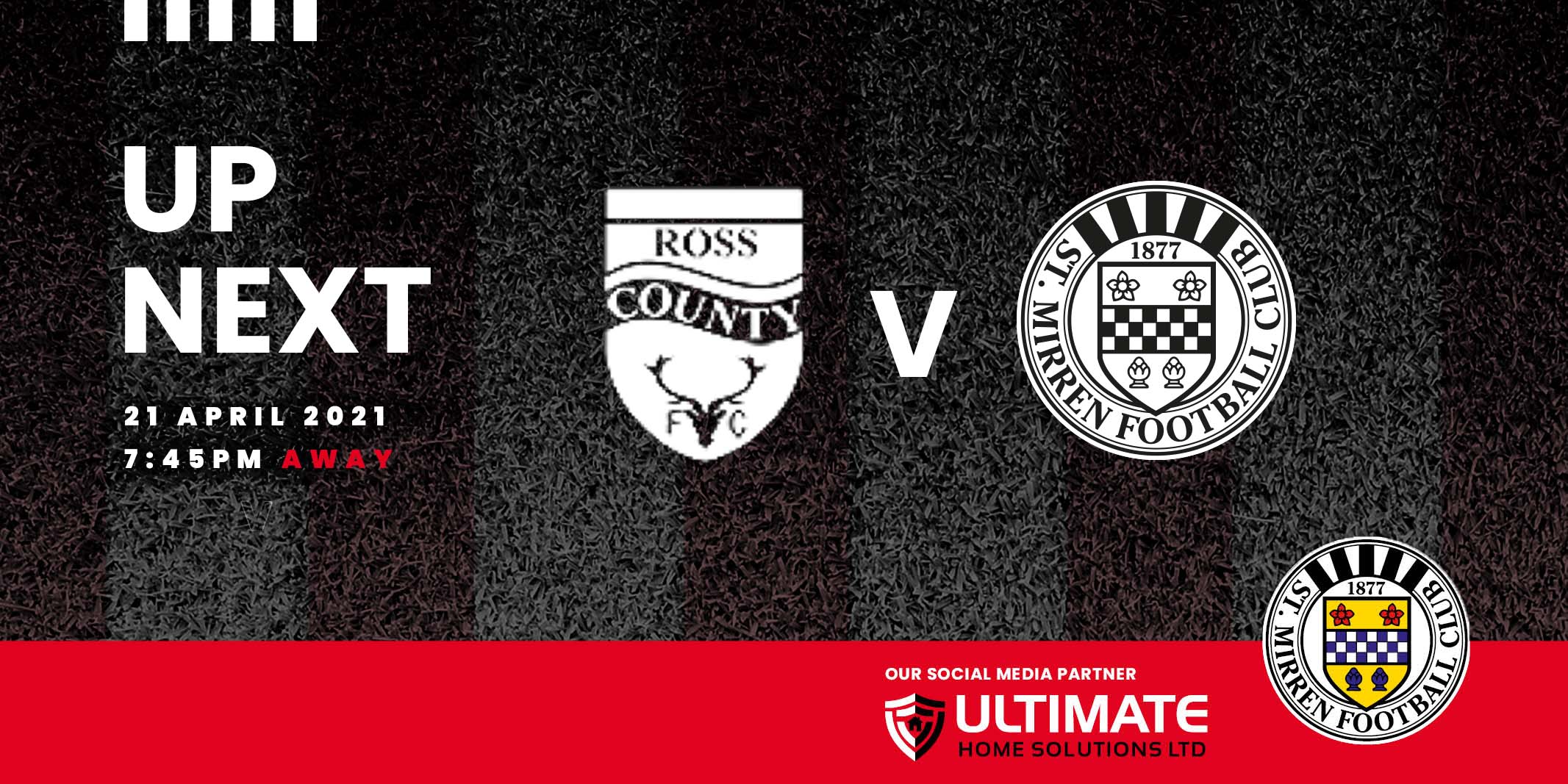 St Mirren get set for the long journey to Dingwall as Jim Goodwin's side get ready to face Ross County in the Scottish Premiership.

The Buddies go into the Wednesday night's match having qualified for the last eight of the Scottish Cup with a 2-1 win over Inverness on Friday night.

Relegation-threatened Ross County sit in 10th place in the Scottish Premiership - a point above Kilmarnock who are in the relegation play-off spot. John Hughes' men have won just one of their last five matches - a 3-2 win over Kilmarnock in March.

The match will be shown live on Ross County's PPV channel at a cost of £15.

International subscribers to St Mirren TV can watch as part of their subscription on tv.stmirren.com.

Saints have faced County three times in the Scottish Premiership this season.

A Jamie McGrath penalty kick secured the points in a 1-0 win for the Buddies when the Dingwall side visited Paisley in February.

Marcus Fraser and Kristian Dennis were on the scoresheet on Boxing Day as the Saints picked up a 2-0 win at the Global Energy Stadium.

The first meeting of the two sides in the 2020/21 season was at the SMiSA Stadium in August. Jon Obika gave St Mirren a first-half lead before a Nathan Sheron own-goal gained County a share of the spoils.

St Mirren are unbeaten in their last four against County. Ironically, Marcus Fraser was the man who scored the winner when Ross County last beat St Mirren back in 2019.

Bobby Madden is the referee on Wednesday night. He'll be assisted by Alan Mulvanny and Andy Milne. Steven McLean is the fourth official.