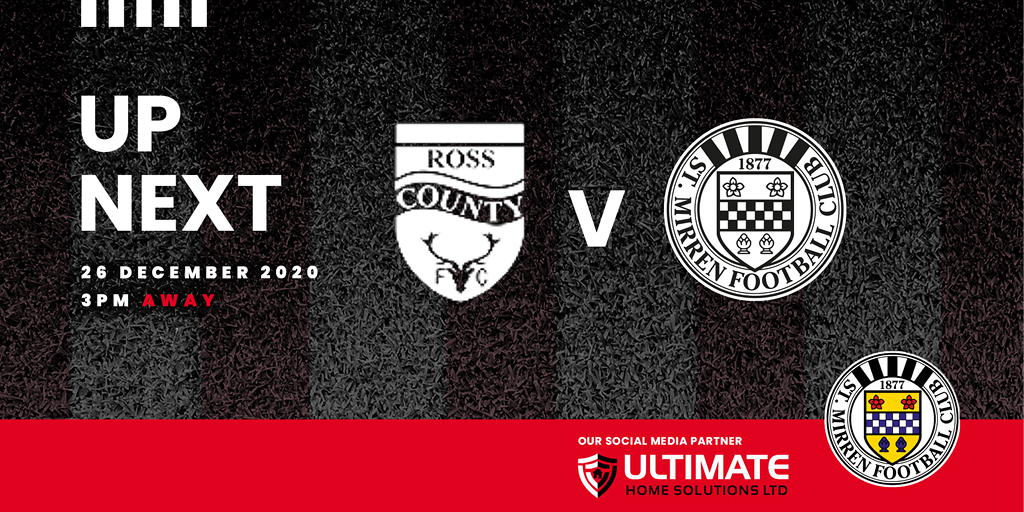 The Buddies head to the Global Energy Stadium following a narrow loss to Hibernian at Easter Road on Wednesday night. That ended an 11 game unbeaten run for St Mirren - the club's best run since 2005.

Meanwhile, Ross County sit bottom of the Scottish Premiership - five points off eighth placed Saints. A 2-0 loss to Hamilton on Saturday saw manager Stuart Kettlewell relieved of his duties with John Hughes coming in as replacement.

Hughes took charge of County for the first time on Wednesday night as the Highland side lost 2-0 to Celtic at Celtic Park.

"I don't think watching their match against Celtic is going to give much away because I would expect them to line up differently against us.

"John Hughes is a good experienced manager, a good appointment I think. He'll be relishing the opportunity to be back in the game with Ross County.

"He's a football man who likes to build from the back and likes to get the ball down and play. I don't suppose he's lost the way of thinking in his time out of the game.

"Ross County have got some very good players that I'm sure John will be looking forward to working with."

Jon Obika's first-half goal looked like it was was going to give Saints three points. But Joe Shaughnessy was given a red card in the second-half for a challenge on Ross Stewart. A Nathan Sheron own goal eight minutes after Joe's sending off earned County a 1-1 draw.

Colin Steven is the referee on Saturday. He'll be assisted by Douglas Ross and Calum Spence with Steven Reid the fourth official.