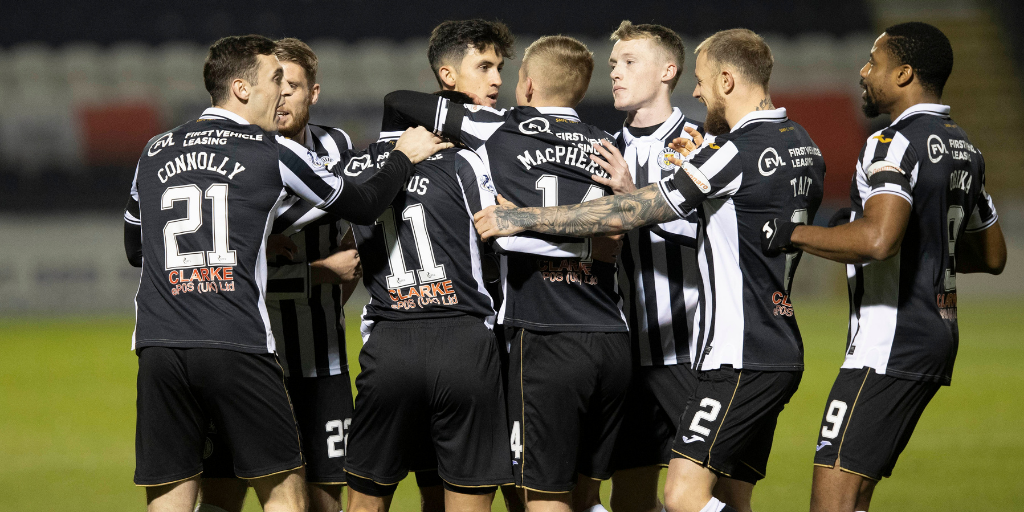 St Mirren head to Lanarkshire on Saturday to take on Motherwell for the first time this season in the Scottish Premiership.

The Buddies are unbeaten in their last three Scottish Premiership matches and eight in all competitions. A 1-0 win away to Livingston was sandwiched between home draws with Dundee United (0-0) and Aberdeen (1-1) along with a 2-1 win over Aberdeen in the Betfred Cup.

Motherwell go into Saturday's match on the back of a 3-0 loss to Hibernian at home on Saturday. The Steelmen's last Premiership victory was at the end of October when Stephen Robinson's men defeated Livingston 2-0 at the Tony Macaroni Arena.

Saturday's match is live on Motherwell's pay-per-view site for £12 if you live inside the UK & Ireland.

Saints are unbeaten in their last two matches at Fir Park.

Jim Goodwin's men defeated the Steelmen in Scottish Premiership action at Fir Park in February. Jon Obika levelled early in the second-half after Motherwell had taken the lead through Liam Donnelly. Ilkay Durmus netted a late winner to give Saints all three points.

The Buddies had knocked Motherwell out of the Scottish Cup on penalties a week previous following a 4-4 draw.

"We're in a great place at the moment.

"Motherwell, although they haven't hit the heights of last season, still pretty much have the same squad and they are capable on any day of beating anyone.

"We've got to be aware of the threat Motherwell carry, but we've also got to remind ourselves of how well we are playing and how much of a threat we are carrying at the moment.

"To do what we did to Aberdeen back-to-back gives us great confidence and belief. We have to take confidence from those particular games and carry it into another difficult game against Motherwell.

"We feel as if everyone is back to 100% fitness and injury wise we've got no concerns. It's a great place for me to be as manager when we have real competition for places."

Euan Anderson is the man in the middle on Saturday. He's assisted by Andrew McWilliam and Ross Macleod. Alan Newlands is the fourth official.