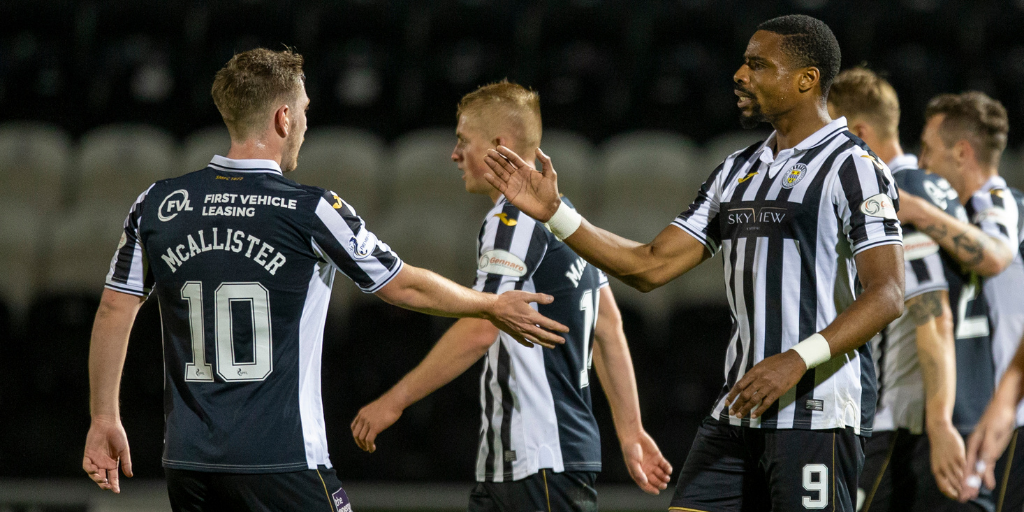 Up next: Queen of the South v St Mirren (10th October)

St Mirren head to Dumfries on Saturday afternoon to face Queen of the South in Group G of the Betfred Cup.

Jim Goodwin's side got their cup campaign up and running on Wednesday night with a 4-1 win over Partick Thistle at St Mirren Park.

Richard Tait, Jon Obika and Dylan Connolly all scored as Saints ended a run of six defeats in a row and picked up three points on match one.

Queen of the South played their first competitive match since March on Tuesday night when they faced Greenock Morton in their Betfred Cup opener. The Doonhamers came from behind twice at Cappielow to earn a 2-2 draw before picking up the bonus point in the penalty shoot-out.

The match will be available to St Mirren supporters on PPV for £10. More details on how to purchase are available on the Queen of the South website.

Season ticket holders and international subscribers to St Mirren TV will only be able to access live audio commentary of the match from 2:50pm.

Saturday's match will be the first time St Mirren and Queen of the South have faced since St Mirren's promotion to the Scottish Premiership in 2018.

The Buddies faced Queen of the South four times in the 2017/18 on their way to winning the Championship and came out on top on all four occasions.

"There have been some upsets already in the cup and it was no surprise that Partick made it as difficult for us the other night as they did. We expect no different from Queen of the South.

"I watched Queen of the South's game against Morton during the week. I thought a draw was probably a fair result given the way the game went. Queen of the South have some players in their ranks that can cause you problems with Stephen Dobbie being the main one.

"It's going to be a difficult game and we will have to approach it in the right manner and be professional. It would be nice to go and win again tomorrow and take some confidence into some big league games coming up."

Jim Goodwin says he has no injury concerns from the team that played on Wednesday night and confirmed that he hopes to have Kristian Dennis and Ryan Flynn back involved with the squad in the next week to 10 days.

William Collum is the man in the middle on Saturday. He is assisted by Graeme Stewart and Graham McNeillie.