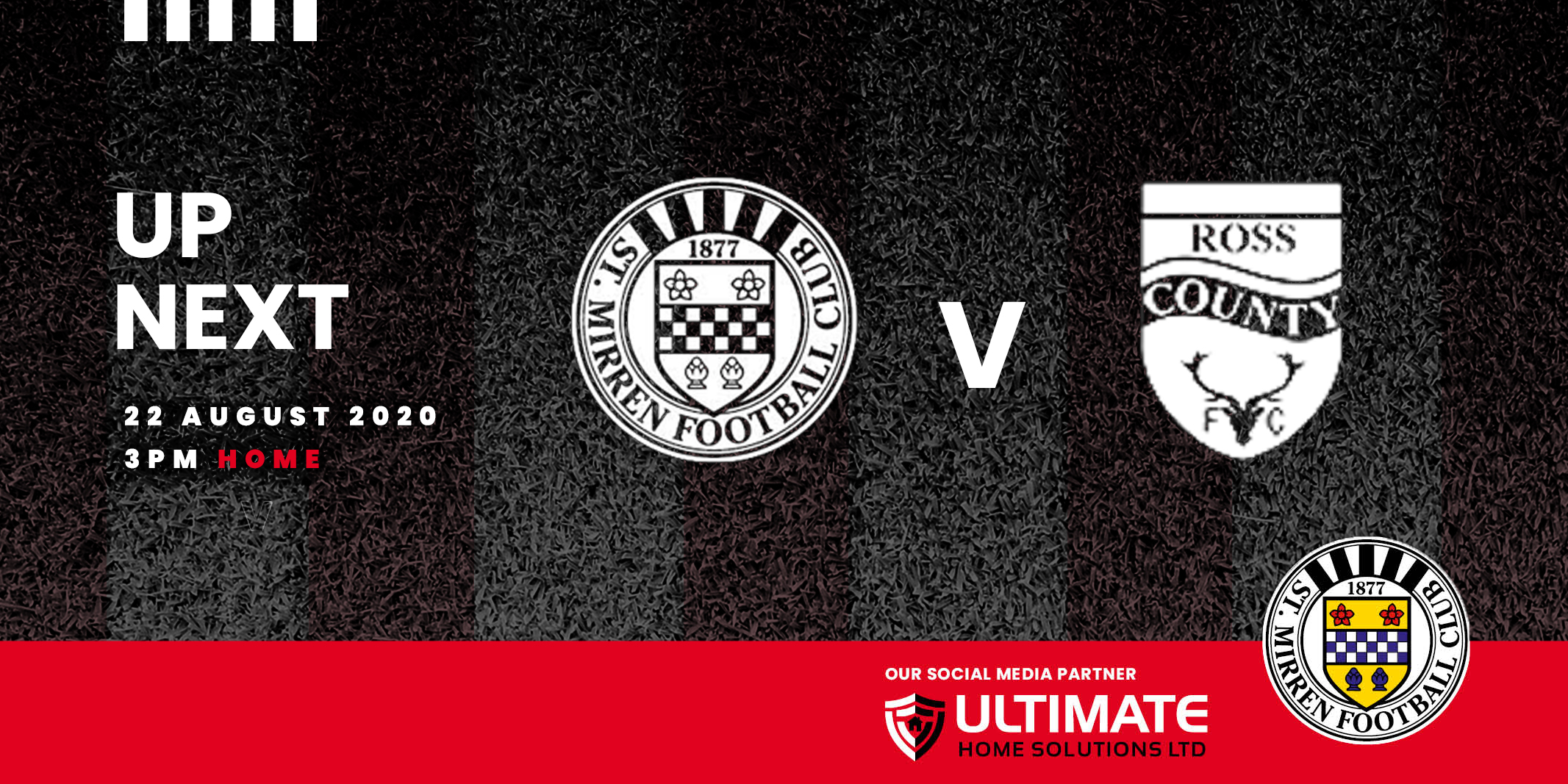 St Mirren are back at home on Saturday as Jim Goodwin's men host Ross County at St Mirren Park.

Saints have won two of their opening three league matches having defeated Livingston 1-0 at home on the opening day, before winning 1-0 away to Hamilton Academical last Saturday.

Ross County, meanwhile, sit in third place in the Scottish Premiership - one point ahead of Saints having played a game more. The Staggies started their season with 1-0 wins over Motherwell (home) and Hamilton Academical (away), while drawing 2-2 with Kilmarnock at home and losing 2-1 at home to Dundee United last weekend.

Non-season ticket holders and Ross County supporters can watch the match on pay-per-view at ppv.stmirren.com for £12.50.

St Mirren and Ross County faced off two times last season with both sides picking up a win.

Saints defeated County 2-1 on their visit to Paisley in November with Sam Foley scoring an 89th minute winner. Brian Graham had given the Staggies the lead but Jim Goodwin's side levelled just before half-time through Sean McLoughlin. It looked like both sides would have to settle for a point before Foley rattled in his first Saints goal with a blistering strike from the edge of the box.

It was also a late goal that gave County their win when St Mirren visited Dingwall in September. Current Saint Marcus Fraser netted in stoppage time to give Stuart Kettlewell's side a 2-1 win.

"I thought Ross County started the season really well. I was at their game against Hamilton and I thought they were excellent on the day.

"They are a good side and they have some really good players in Ross Stewart, Billy McKay, Lee Erwin, Harry Paton etc so we are going to have to have our wits about us at the back and defend as well as we have in recent weeks. But we've also got to believe that we can cause Ross County problems as well."

Mike Roncone is referee for Saturday's match with Dougie Potter and Gordon Crawford as the linesmen. William Collum is the fourth official.