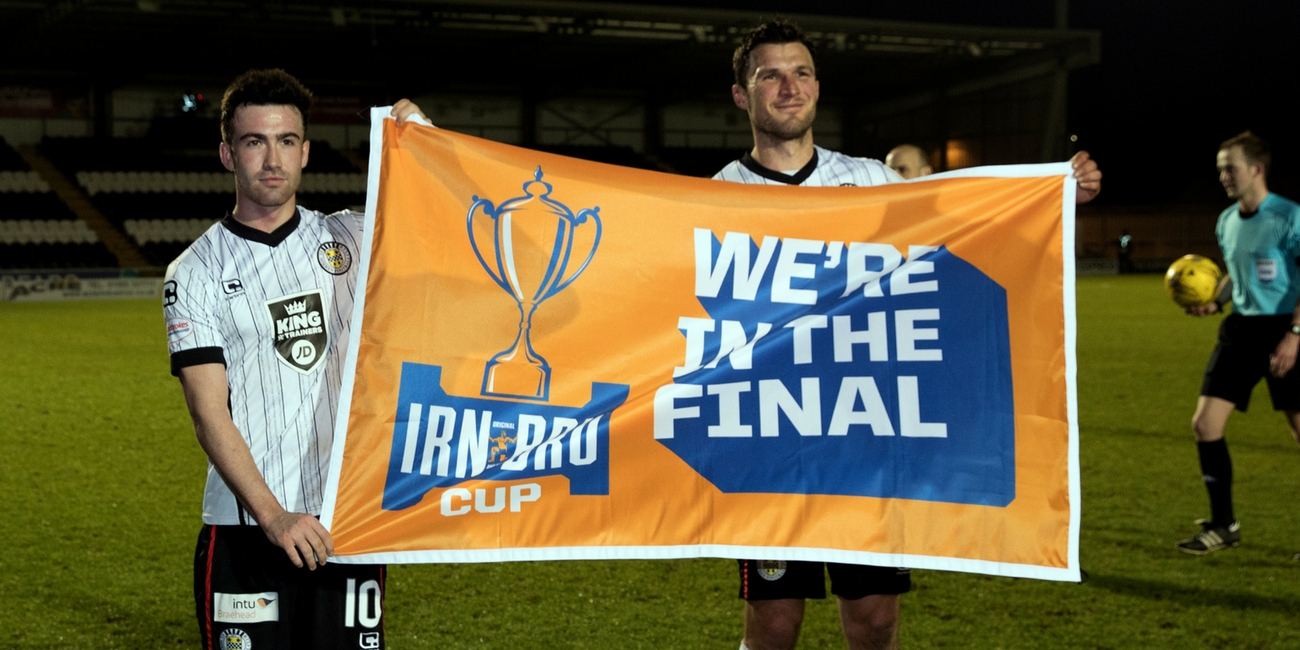 The SPFL has announced that the IRN-BRU Cup Final will take place at Fir Park on Saturday 25 March with a 12:30pm kick off.

Following agreement with both St Mirren and Dundee United, the SPFL has revealed that adult tickets will be priced at £20, concessions (juveniles ages 13 to 18 years-old, over 65s & students) at £10 and U12s at £5.

St Mirren will face Dundee United in the Final of the competition after seeing off Albion Rovers, Hibernian, Ayr United and The New Saints.

Ticketing arrangements will be announced in due course.