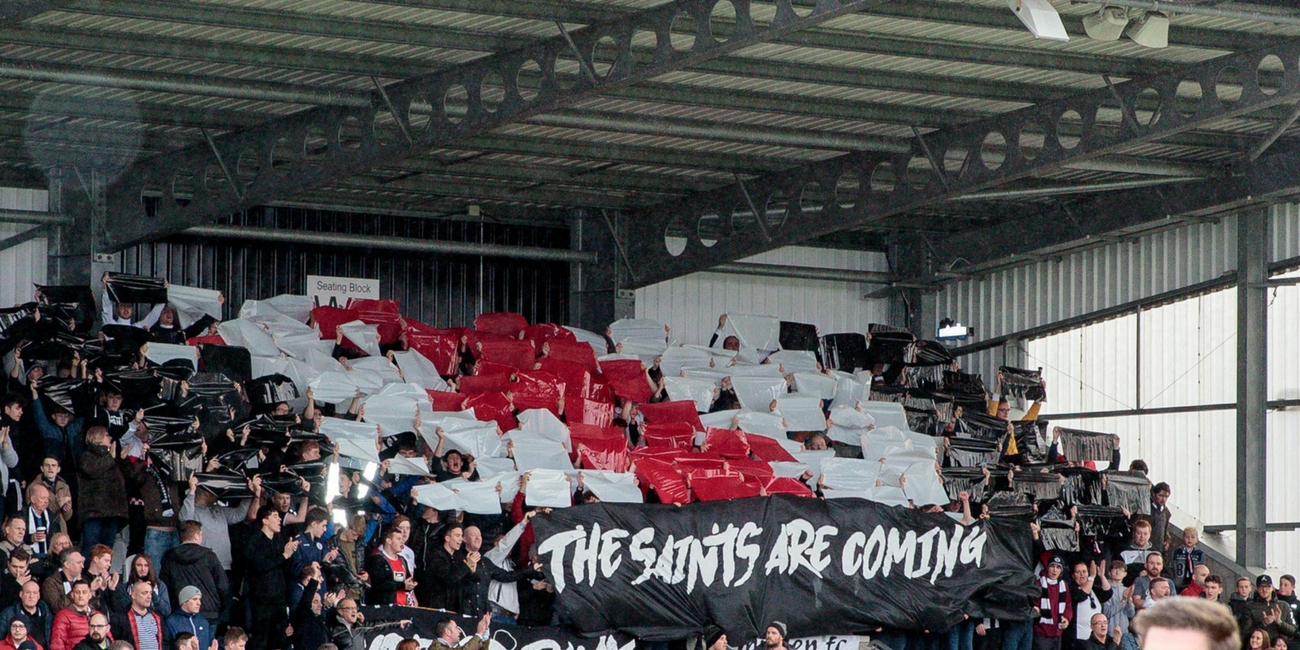 With promotion now official we are actively beginning to plan for life back in the Premiership next season.

Everything that we have achieved to date has been built on the premise of a return to the top flight. That brings a lot of excitement, but it also presents some operational challenges that we have not had in the Championship.

One of those challenges is how best we segregate our stadium on Premiership matchdays.

We have looked at all the available options for segregation next season with the dual aim of maximising our match day revenue to give us the best possible budget to compete in the Premiership but also bearing in mind the massive influence our incredible home support has had in achieving our success this season.

The obvious and probably best financial model open to us was to revert to the previous arrangement of allocating away fans in the North Stand and allocating W6 and W7 in the West to the larger away supports, however we felt that we had to explore other options to allow us to maintain the exclusive use of the West stand for our own supporters, an arrangement which has been a great success this season.

We investigated the option of building a temporary stand in the corner between the South and West stands to house our singing section but due to sightline restrictions and prohibitive costs this was unfortunately ruled out.

We examined attendance data for our previous home matches with Celtic and Rangers and found that attendances in the South Stand were significantly lower than on other match days, potentially for a whole variety of different reasons.

And so we explored the option of selling a reduced price season ticket for the family stand which would cover all home games with the exception of those featuring Celtic and Rangers. We believe this represents the best plan for us going forward but appreciate it is not without its challenges.

Our plan is to give all away fans the full use of the North Stand.

For games involving Celtic and Rangers those visiting teams will also be allocated full use of the South Stand.

Season tickets for the South Stand will be reduced in price to reflect this arrangement.

The West and Main Stands will once again be St Mirren fans only for ALL matches.

Priority booking will be given to South Stand season ticket holders who wish to relocate to either the Main or West Stands for fixtures involving Celtic and Rangers and these tickets will be at a heavily discounted rate.

We appreciate that there will be season ticket holders who have sat in the South Stand since day one so I would like to apologise in advance for any potential upheaval this will cause, but rest assured this is a decision we have not taken lightly and one we are taking with the best intentions of our club at heart. The additional six figure sum the club will bring in from this is vital in helping us build a squad capable of competing in the Premiership.

We feel that this strikes a balance between maximising our income and ensuring that we provide a safe and enjoyable atmosphere for our own fans.

Fans will of course be able to buy season tickets for anywhere within the West Stand but please bear in mind that W7 will be very much the home of the singing section again next season.

We have also started down the road of introducing some form of safe standing area in W7.

We have had discussions with Celtic, safe seating suppliers, and held preliminary talks with both the SPFL and our local council.

This will not be something that happens next season but it is something we are looking at very seriously and will continue to investigate.

We'll have more news on season tickets including price and date of sale here on stmirren.com at the beginning of next week.