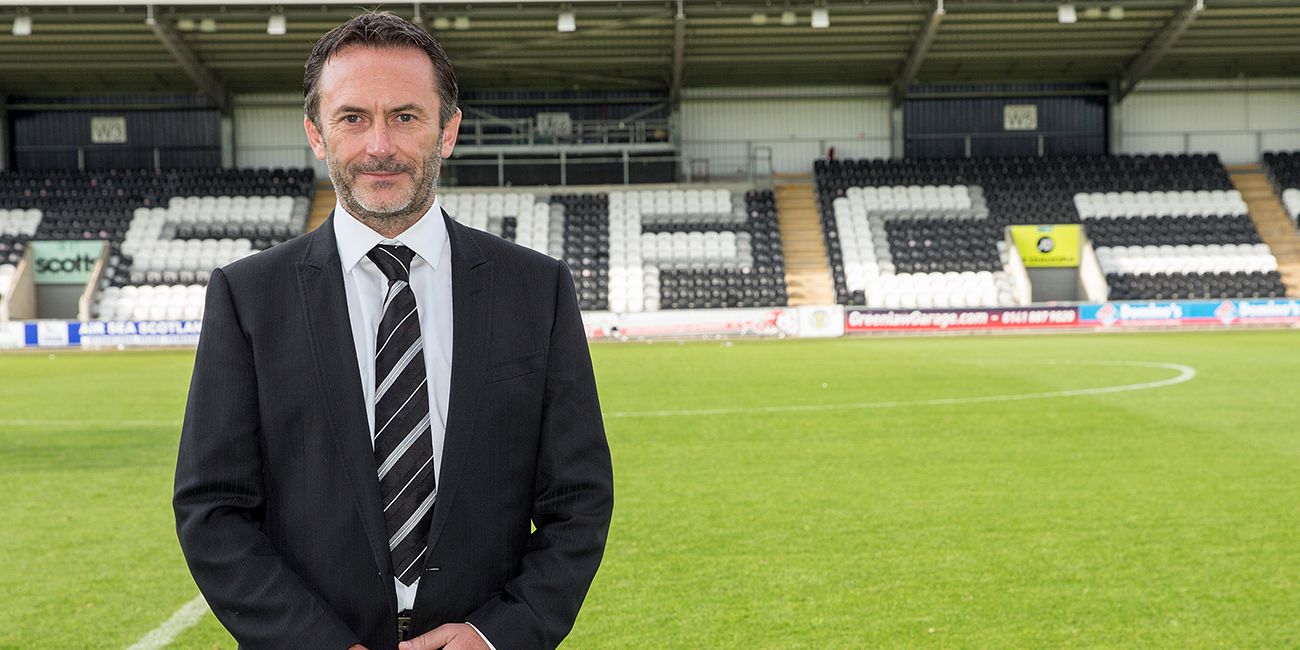 As we approach the busy festive season I thought it worthwhile to give you all an update on happenings in and around the club.

One of the points that was raised at nearly all of the Supporters meeting prior to our takeover was the desire to see the creation of a St Mirren Women's football team. I am delighted that we have taken the first steps towards achieving that goal and I believe we have the people with the qualifications and drive in place to ensure it is a success.

Tony Fitzpatrick has been in communication with the girls for a long time with the view to forming a Women's team and SMiSA’s recent involvement allowed us to gain the momentum required to get it off the ground.

Trials for players interested in joining the new team are being held at Renfrew High School 4G pitch on Thursday 30th November. Players should aim to be there for 19.15, 19.30 start.

One of the reasons for creating a full time head of media post last year was to provide regular website updates on things that were happening in and around the club. James has helped achieve that with an enthusiasm and commitment that sees him working many unsociable hours to get content up and online for fans all over the world to enjoy.

The website has continued to evolve and it’s been great to see the e-store taking off with tremendous sales of replica kit, books and corporate hospitality being recorded since its launch.

We are now ready to make further improvements and James has been tasked with launching the next stage of that digital revolution with the imminent launch of our new "Buddievision" platform which is currently free to air prior to an official launch on 8th December.

With the help of of Invest in Renfrewshire’s Graduate Internship Initiative we are in the process of recruiting an individual to assist James in making this a success and giving Saints fans new insights into everyday events at the club and “behind the scenes” access.

We have tried to keep subscriptions at an affordable level (£4.99 per month and £49.99 per year) and you can trust that the subs will be used directly for funding additional resources and technologies to provide the best possible service to our supporters.

We are still at a very early stage in the development of the Supporters Liaison Officers at St.Mirren but I am certain we have two very committed and forward thinking supporters in place who will help to nurture a positive relationship between the club and our fans.

It is difficult at times to balance the wishes of the supporters with the needs of the football club and, as I have said on previous occasions, sometimes difficult decisions have to be made for the good of the club even if they are not popular. There are usually plenty of factors to consider which are not always obvious for those not involved in the day to day operations of the football club.

The situation with the banner at the Morton game was a good example of trying to get the balance right.

The banner was reported in the independent SPFL delegates match report under the heading “Discriminatory behaviour-sectarian, racial, abusive behaviour”.

It is unlikely that we will receive any punishment from the SPFL for this given we have no history of similar indiscretions in previous reports, but we have to take action to mitigate the chances of a recurrence and the likelihood of us incurring fines which would have an obvious adverse affect on club.

We have also worked hard with Police Scotland to allow us to have all our home games police free with the exception of the derby match. This healthy relationship with the Police comes as a result of historic good behaviour in the stands and represents a substantial cost saving to us over the course of a season.

The banner in question led to some awkward questions in our discussions about maintaining this police free environment going forward.

We discussed how best to handle this at our monthly SLO meeting and agreed it was best for the SLOs to engage directly with the singing section involved and to keep the issue as low key as possible.

There was a bit of confusion and outrage on social media as this dialogue took place which was a little unfortunate but I hope the 2 month withdrawal of the banners was a reasonable outcome in the end and all parties now appreciate why action was taken.

As a result of our positive actions in tackling the issue we have been allowed to retain our Police free status at the 2021 stadium.

Everyone at the club can see the benefit and added atmosphere created by the singing section both home and away and we all appreciate the time, money and energy that has gone into evolving this. We want to see this continue to grow as it genuinely makes a big difference to the team.

I recently attended the ROCCO awards where our Street Stuff program won yet another award as “Community champions”. To date Street Stuff has won just short of 20 awards both locally and nationally!

The tangible results achieved in the community by this program continues to astound me and we should all be proud of our football club being part of it in partnership with Renfrewshire Council. It is of no surprise to me that it forms one of the cornerstones of the towns bid to be 2021 City of Culture.

We continue to develop our relationship with SMiSA in working towards creating a sustainable and successful supporter owned club. Every bump along the way makes us stronger as it helps both sides have a better understanding of how decisions affect the other organisation.

In the last £2 SMiSA quarterly spend one of the items proposed was the purchase of new balls for the first team training. This created some negative feedback.  At first glance I can understand the view that this is something the club should fund but again there is slightly more to it than meets the eye and in future we will explain things better before the vote is put to the supporters.

The first team have plenty of balls to train with and this is of course part of our budget, however, the match ball manufacturer changed this year and we are given only a limited number of the new balls from the supplier.   Jack, being the perfectionist he is, wanted to ensure that training was all conducted with the new balls to ensure total consistency with those used on match day.  These balls retail at nearly £100 each so it was actually a significant amount of money required to fulfil the managers request and something we had not budgeted for.   Your support in favour of the proposal was greatly appreciated and whilst it’s hard to quantify the benefits you can be sure that it is Jack’s belief that these small things all matter as he works to bring the on field success we all crave.

The festive period is always a busy (and expensive) time for everyone.

The support at Inverness on Saturday was truly sensational and I know the management and players really appreciate it.

As Chairman of your football club I’d like to personally thank each and every one of you for your continued support of the team, both financially and emotionally!