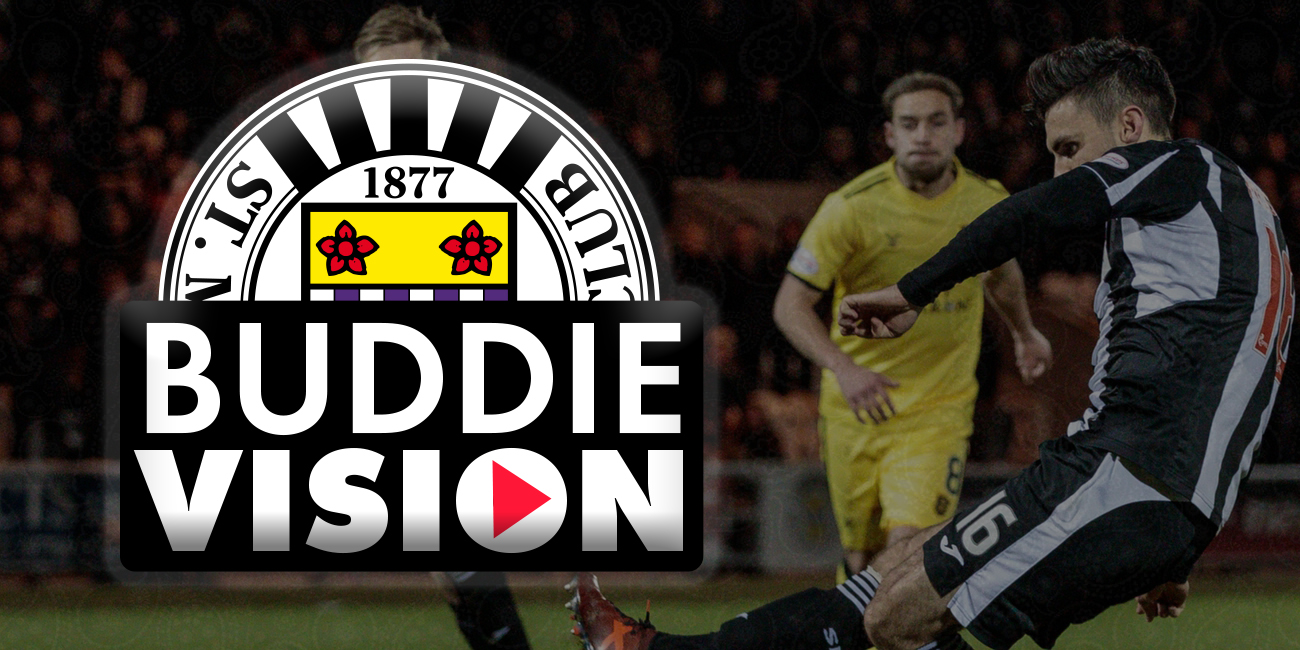 Watch last night's match in full as the St Mirren returned to the top of the Ladbrokes Championship with a 3-1 win over Livingston at the Paisley 2021 Stadium.

The visitors took a first half lead when Dale Carrick pounced to score on 30 minutes after Craig Samson had saved Josh Mullin's initial attempt.

Lewis Morgan scored his 10th goal of the season early into the second half to get Saints level.

15 minutes later, Adam Eckersley received the ball off Morgan to create the second goal as he broke into the box and beat Neil Alexander. Declan Gallagher was there to clear, but the ball bounced off the Livingston keeper and into the back of the net.

Saints sealed the three points with a little over 10 minutes to go when Ian McShane scored from the penalty spot after Jack Baird had been fouled.

You are watching free content from our forthcoming Buddievision service which launches in full on Friday 8th December 2017. After our full launch you will need an active subscription to access Buddievision content. Details of how to subscribe will be released on our go live day. Monthly and Annual subscription plans will be available.