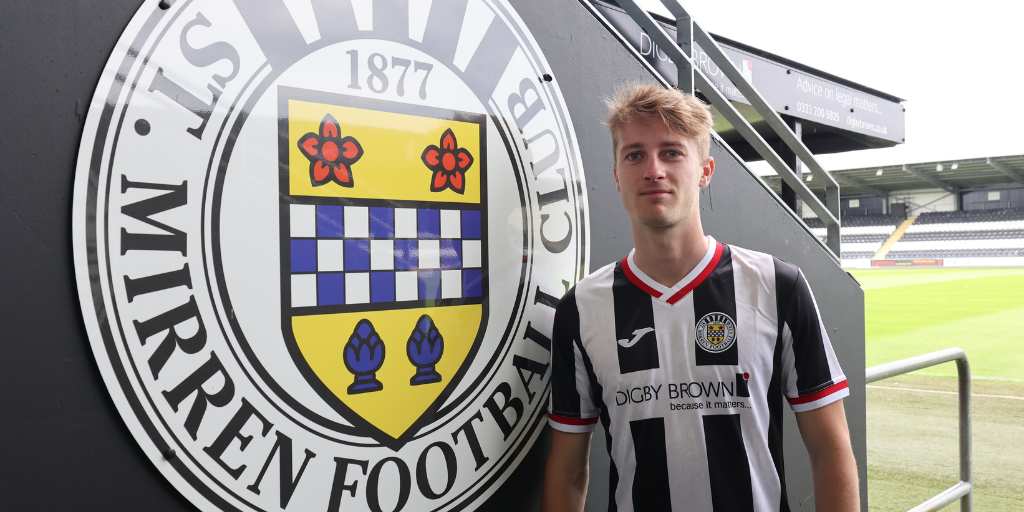 We are delighted to announce that Alex Greive has agreed a new two-year deal with the club which keeps him at St Mirren until summer 2024.

The New Zealand striker extends his stay in Paisley after impressing at Saints since joining in January from our partner club Birkhenhead United.

Indeed, it was his early form with the Buddies that saw the 23-year-old earn his first international call-up with New Zealand. He has since gone on to be a regular for the Kiwis – scoring twice in a FIFA World Cup qualifier against New Caledonia as well as starting in their World Cup play-off against Costa Rica last month.

On the domestic front, Alex has scored three goals for the Saints coming in important wins over St Johnstone, Kelty Hearts and Dundee.

I've had a good start and I'm looking forward to building on that.

"I'm still learning every day. I've only been here a short time but I think I've improved a lot and gained a lot of experience.

"It's been really good and I can thank St Mirren enough for giving me that opportunity. For me it's now about repaying that faith.

"I want to kick on with my own footballing ability and contribute with more goals and assists and help the club to get up as high in the table as we can."

Stephen Robinson added: "It was important for us to get him tied down on an extended deal.

Alex has impressed me since I came in. His energy and how he presses gets people off their seats and I think he'll score goals for us.

"He's only been in the country for a few months and I think he will improve the more game time and coaching he gets.

"He's already an international footballer with New Zealand and playing with some good players there too, so we've got high hopes that he will continue to progress."