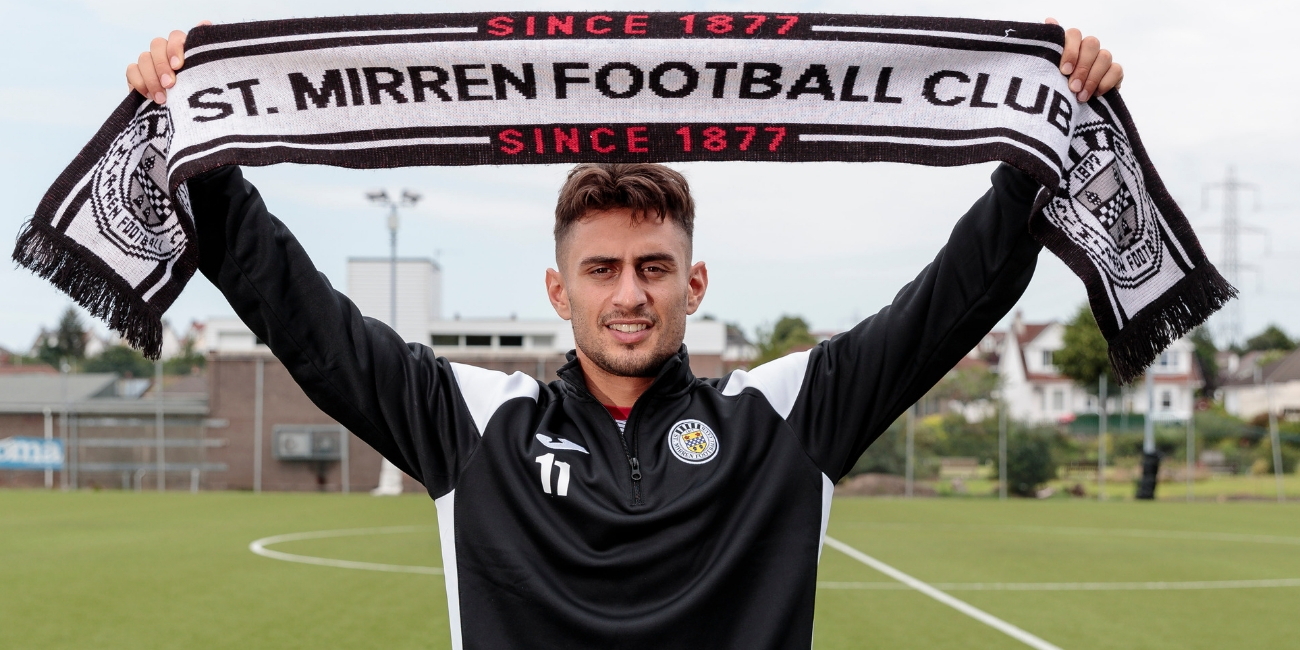 St Mirren Football Club is delighted to announce the signing of Ilkay Durmus on a two year-deal from Austrian side FC Wacker Innsbruck subject to international clearance.

Born in Germany, Ilkay had spells as a youth player at TSG 1899 Hoffenheim and VfB Stuttgart before moving to Turkey to sign for Gençlerbirligi in 2012.

The wide midfielder, capped by Turkey up to U20 level, has also had spells at Antalyaspor, Floridsdorfer AC, SC Austria Lustenau and SV Ried.

Speaking to stmirren.com after taking part in his first training session, Ilkay said: "I’m happy to be here. I spoke to the manager and he told me about St Mirren and it was very positive.

"I looked at videos of St Mirren from last season and it looked good so I wanted to come here."

When I done my assessment on the team in my first couple of weeks I felt that we lacked a little bit of pace throughout the team. Ilkay gives us that in abundance.

"He is a very attack-minded, old-fashioned winger and players like that excite me and I think he’ll excite supporters as well.

"He’s direct, he’s positive, he puts a great ball in so he’s one to be very excited about.

"He’s a couple of weeks behind with regards to pre-season training but we’ll get him up to speed and I think he’s one that the fans will certainly get off their seats to watch.

"We’re doing all we can and we are making some very good offers to some very good players. I think the players we have already added have enhanced the group and I think the ones that we have identified will make us better again."