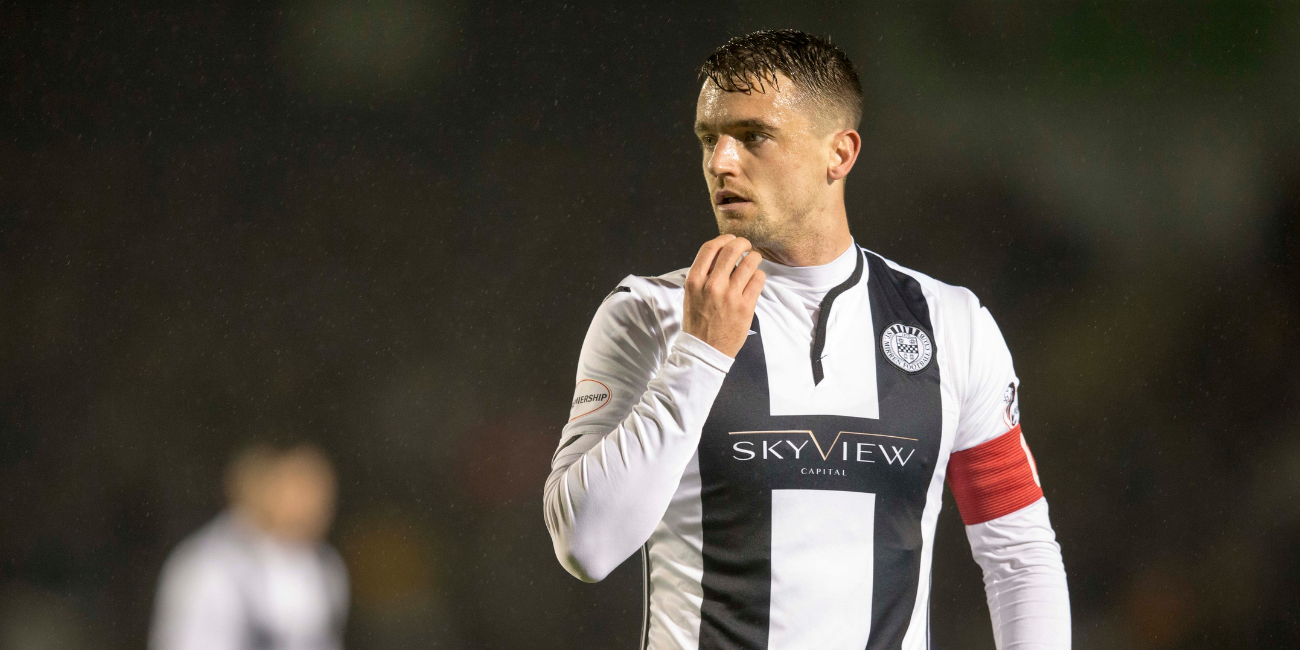 A youth player with St Mirren, midfielder Stephen McGinn made his debut for Saints on 1st January 2007 in a SPL match away to Inverness Caledonian Thistle.

Over the next three years he was pretty much a regular fixture in Gus MacPherson’s side and is well remembered for his stunning goal against Rangers that gave Saints a win in the final meeting between the sides at the stadium on Love Street.

During the January 2010 transfer window Stephen left St Mirren for Watford having made 87 appearances in the black and white stripes over which he found the back of the net 8 times.

Life at Watford started well for the midfielder but midway through season 2010/11 he suffered a knee ligament injury which saw him sit out the remainder of the season as well as the following season. He made his return to football on 5th January 2013 for Shrewsbury who he was loaned out to and at the end of the season he moved to Sheffield United.

A loan spell to Dundee in January 2015 led to a permanent move to the Dens Park side but just ahead of the start of the 2015/16 season Stephen headed south again to sign with Wycombe Wanderers where he made 40 appearances before making the return back to St Mirren.

Stephen also picked up 8 caps for the Scotland Under-21 side.