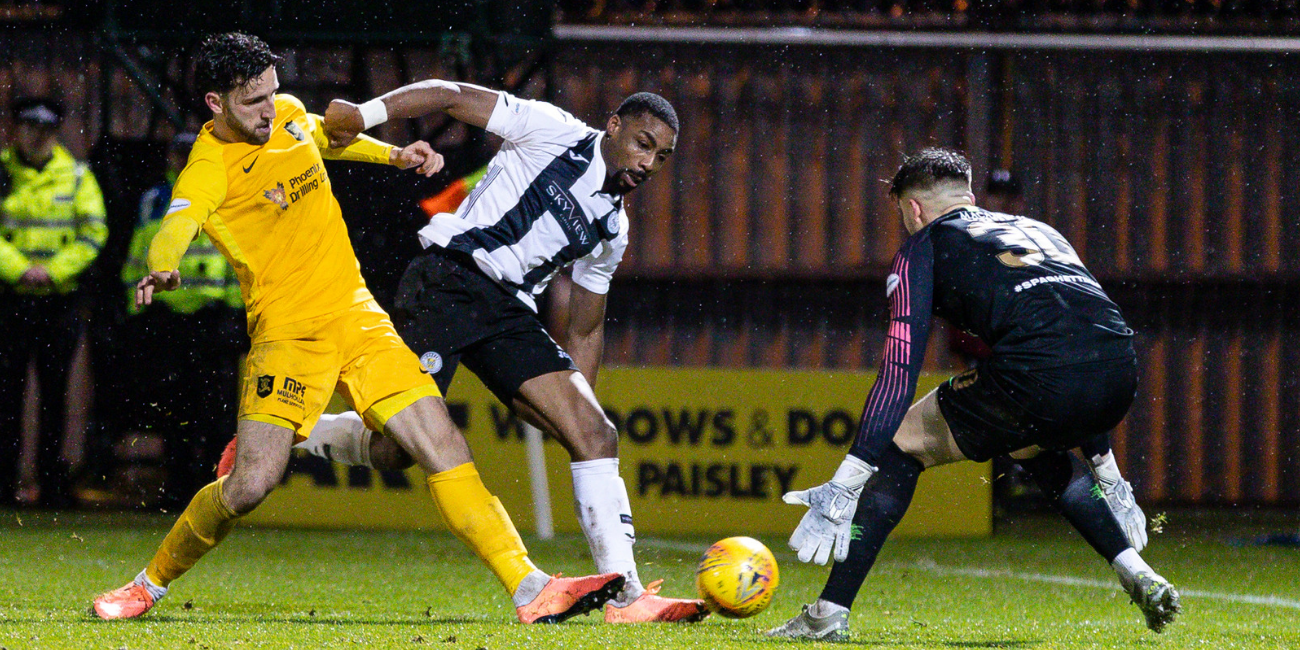 Striker Jon Obika joined the Buddies in August 2019 - penning a two-year deal with Jim Goodwin's side.

He made his Saints debut in a 1-0 loss away to Hibernian before making his first start in a 1-0 win over Aberdeen at the Simple Digital Arena.